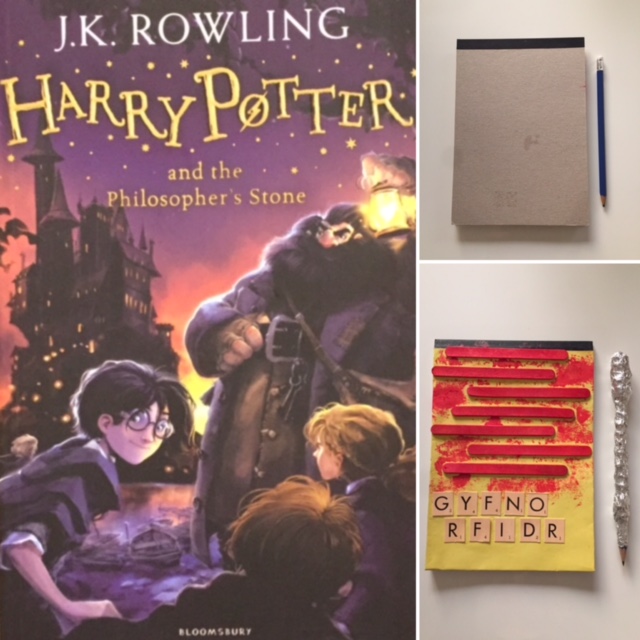 When Harry Potter was a year old, his parents were killed by Lord Voldemort, the most powerful dark wizard in the world. Harry survived, but received a lightening bolt shaped scar on his forehead. Professor Dumbledore of Hogwarts School of Witchcraft and Wizardry, delivered Harry to his bad-tempered Uncle Vernon, his nosy Aunt Petunia and mean cousin Dudley. After sleeping for ten years the family awoke to find Harry on their doorstep. Dudley, tortured Harry and made his life a misery.

Then, letters started to arrive at 4 Privet Drive, addressed to Harry who lived in a stuffy cupboard under the stairs. The family moved house several times to escape these letters. One day, on Harry’s 11th birthday, whilst at a hut by the sea, the author of the letters, Hagrid, arrived and offered him a place at Hogwarts. The next day, they went shopping for school supplies, but not the usual ones. They bought an owl, a wand, wizardry books and cloaks.

At Harry’s new school he made two friends, Hermione Granger and Ron Weasley. Harry passed the ‘Qudditch’ trials (flying football on broomsticks including four balls, two called the Bludgers , one called the Golden Snitch and a Quaffle) and managed to kill a troll and defeat Voldemort. To round that all off, Harry’s house team won the house cup defeating the Slytherins, the current champions.

I would rate this book 4\5 because everything  is described in detail and it makes it easier to imagine each an every chapter vividly .

If you want to turn an old notebook into a work of art then have a go at creating your very own Hogwarts notebook. I chose the Gryffindor notepad but you can choose any house you like. I was inspired by platform 9 3/4. 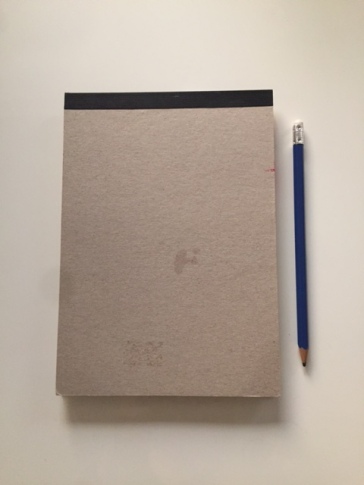 1. Cover the notebook with yellow card and fold and glue the excess paper on the inside of the notebook.

2. Arrange and glue the popsicle sticks into a  pattern of your choice.

3. Scrunch a tissue, dip it into the red paint and dab onto the notebook.